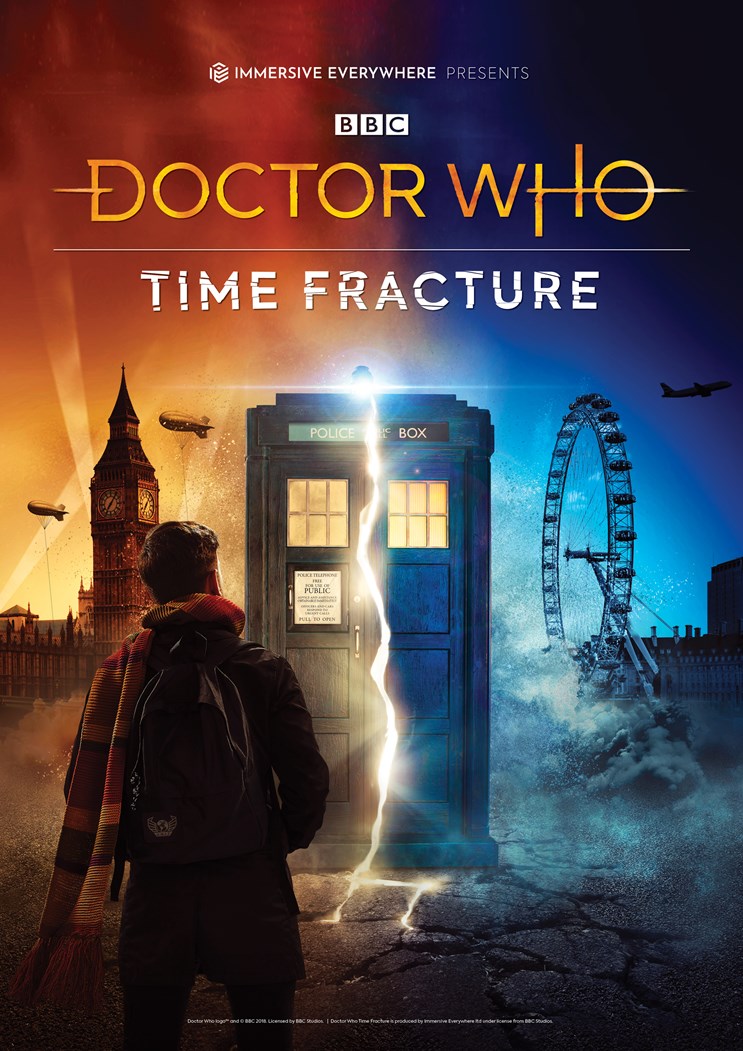 About BBC Studios
BBC Studios, a global content company with British creativity at its heart, is a commercial subsidiary of the BBC Group. Formed in April 2018 by the merger of BBC Worldwide and BBC Studios, it spans content financing, development, production, sales, branded services and ancillaries. BBC Studios’ award-winning British programmes are internationally recognised across a broad range of genres and specialisms. It has offices in 22 markets globally, including six production bases in the UK and production bases and partnerships in a further nine countries around the world. The company, which makes 2500 hours of content a year, is a champion for British creativity around the world and a committed partner for the UK’s independent sector. BBC Studios has revenue of £1.4bn, and returns around £200m to the BBC Group annually, complementing the BBC’s licence fee and enhancing programmes for UK audiences.
About Immersive Everywhere
Immersive Everywhere is the highly anticipated partnership between Olivier Award Winning Theatre Producers Louis Hartshorn and Brian Hook with Mark Hurry and Elliot Hargreaves of West End Production outfit Showtime Theatre Productions. Their inaugural production of Doctor Who: Time Fracture is a statement of intent about quality, scale and potential of immersive theatre, one of the most rapidly growing art forms in the world. Between the two companies they have produced over 140 productions across five continents, including the Olivier and multi-LADCC Award winning Rotterdam (Arts, 59E59 in New York and Skylight in Los Angeles); DreamWorks’ Madagascar - the Musical (UK tour); Urinetown (Apollo); American Idiot (Arts and UK tour) and Woody Sez (Arts). In 2019, Dolly Parton's 9 to 5 made its debut in London's West End and has travelled across the UK, their new actor-musician production of Amélie also toured the UK prior to its West End run in The Other Palace and Rotterdam by Jon Brittain returned to the UK and USA. Immersive production credits include, The Great Gatsby (London Bridge & West End); NeverLand (VAULT Festival); the dinner-theatre A Christmas Carol, and Richard II, performed in the House of Commons. Louis and Brian have opened the first dedicated immersive experience venue, IMMERSIVE|LDN in Mayfair, London, which comprises four performance and event spaces and the concept cocktail bar "The Lucky Club".
About Gavin Kalin Productions
Gavin Kalin Productions is an award-winning theatrical production company that specialise in producing theatre in the West End, on Broadway and across the globe. Gavin Kalin is a seasoned theatre investor with over 250 commercial theatre investments in the past five years alone. With this experience and knowledge Gavin Kalin Productions offers investors the opportunity to be involved in the best theatrical productions for investment around the World. Investing in theatre whilst high risk, can be both enjoyable and financially rewarding at the same time.