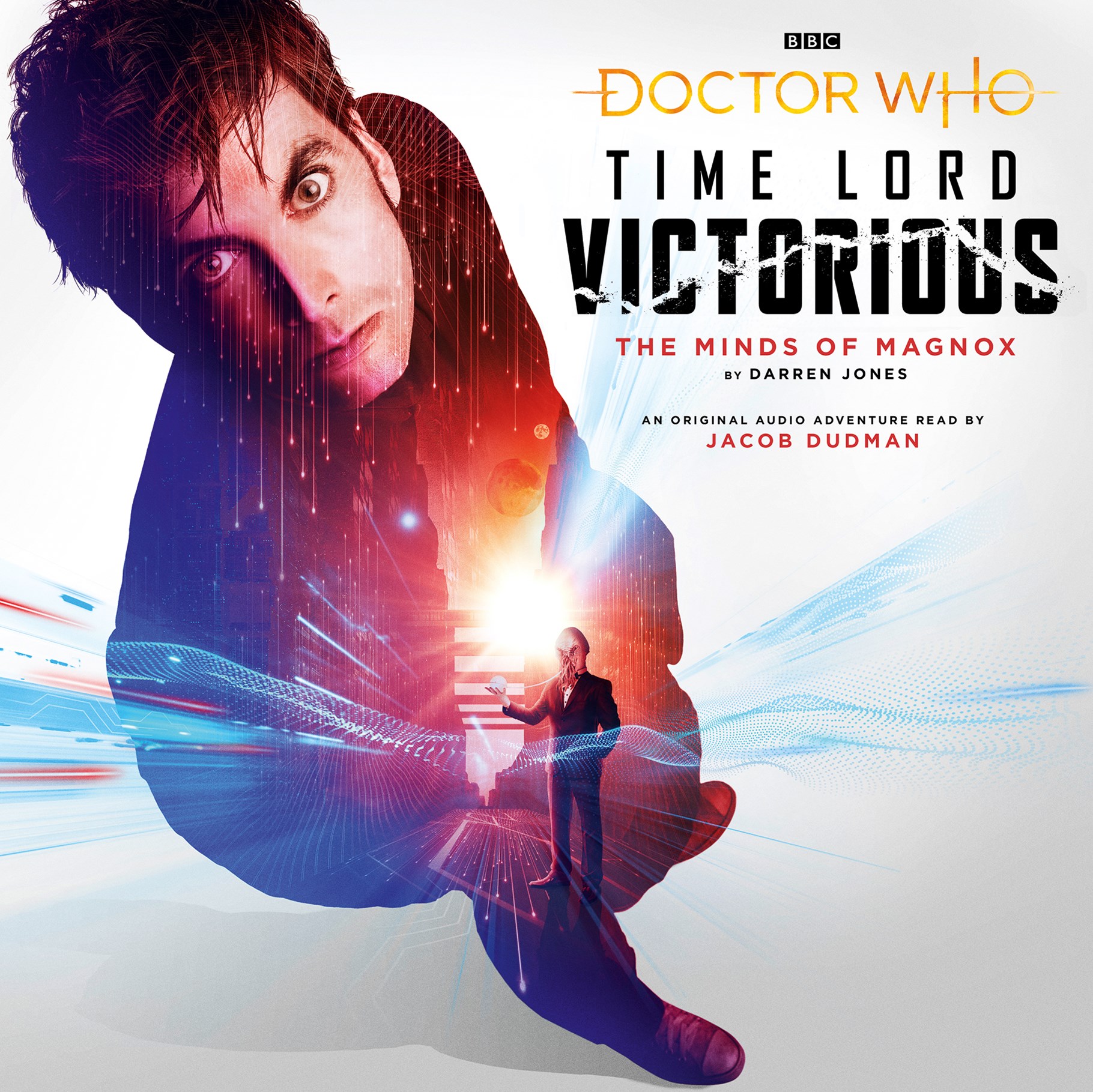 BBC Audio and Demon Records have announced that they will be publishing a brand new Doctor Who audio story for the Tenth Doctor as part of the Time Lord Victorious multi-platform adventure.
Doctor Who: The Minds of Magnox will be released on CD and digital download by BBC Audio on 3rd December and will be released on vinyl by Demon Records on 4th December, marking the first simultaneous publication of a BBC Audio title across CD, digital and vinyl formats. The CD and digital editions will also feature a short Coda to the story.
The audio story is available to pre-order on Amazon and Audible now and will be available to purchase globally.
In this original story, the Doctor travels with Brian, the Ood assassin, to the planet Magnox, one of the greatest receptacles of knowledge the universe will ever know, and home to the Minds of Magnox. The Doctor needs to ask a vital question, but the answer is Grade 1 Classified. In order to gain an audience with the Minds of Magnox he must take a dangerous test.
Meanwhile, Brian gets involved with a criminal group and is asked to assassinate the Minds of Magnox. However, others also have the planet within their sights…
Doctor Who: The Minds of Magnox is written by Darren Jones and narrated by Jacob Dudman.
Darren Jones has written several previous Doctor Who stories for BBC Audio, including Doctor Who: Paradise Lost, Sleepers in the Dust and The Eye of the Jungle.
Jacob Dudman has previously read Doctor Who: Paradise Lost for BBC Audio, and has recently starred in Netflix’s The Stranger alongside Richard Armitage.
Michael Stevens, Doctor Who Range Editor for BBC Audio, said: “We’re delighted to tell this part of the epic Time Lord Victorious story, which is a unique and thrilling adventure for us all. Darren Jones has created the world of Magnox for the Tenth Doctor and Brian to visit, and Jacob Dudman brings it to life pitch-perfectly.”
About Time Lord Victorious:
Time Lord Victorious is a multi-platform Doctor Who multi-platform adventure in which partners including Penguin Random House, Doctor Who Magazine, Titan Comics, Escape Hunt, Big Finish Productions, Eaglemoss Hero Collector, Immersive Everywhere, Maze Theory, Demon Records, BBC Books and BBC Audio, unite to tell a brand new Doctor Who story.
Launching in Autumn 2020, Time Lord Victorious will tell a new and untold story, set within the Dark Times at the start of the universe, when even the Eternals were young. Following several Doctors across space and time as they defend their home planet from a terrible race, this is a story like no other.
The story will feature the Eighth, Ninth and Tenth Doctors, companion Rose Tyler and monsters including the Daleks and the Ood, with more revealed over the coming months.
Further information about Time Lord Victorious can be found on DoctorWho.TV, where a timeline of product releases will be collated as products are announced.
Bibliographic information:
Pre-order links
CD and download:
Amazon: https://amzn.to/3gz6P7h
Audible: https://adbl.co/2Z3qkPs
Vinyl:
Amazon: https://www.amazon.co.uk/dp/B08CFHBB9C
UK CD ISBN: 9781529129489 | RRP: £10.99
UK DD ISBN: 9781529128413 | RRP: £9
US CD RRP: TBC
US DD RRP: $9.88
For more information on Doctor Who: The Minds of Magnox, please contact Helena Sheffield at Penguin Random House
Hsheffield@penguinrandomhouse.co.uk