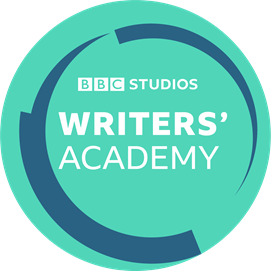 1. To be eligible to apply for the BBC Studios Writers’ Academy 2020 you must meet the following criteria:

• You must be aged 18 years or over on 1 April 2020.
• You must be a resident of the UK, Channel Islands, Isle of Man and Republic of Ireland.
• You must not be employed by, be in a financial relationship with or be, a live-in partner or immediate relative (i.e. mother, father, son, daughter, brother, sister) of somebody employed by the BBC, by one of the Participating Companies or any person connected with the BBC Studios Writers’ Academy.

Proof of age, identity and eligibility may be requested. BBC Studios’ decision as to the eligibility of individual entrants will be final and no correspondence will be entered into.

2. All entries must be the original work of the entrant and must not infringe the rights of any other party. The BBC accepts no liability if entrants ignore these rules and entrants agree to fully indemnify the BBC against any claims by any third party arising from any breach of these rules.

3. If the submitted script has been through a development process with a production company, agent, training scheme etc. then this must be declared in the entry application accompanying your script.

5. The BBC reserves the right not to read the candidate’s application if the candidate and/or submission is in breach of any of these terms and conditions and/or fails to meet the eligibility criteria.

7. All submissions must be received by 12 noon on Sunday 19th April 2020. Entries received and/or submitted after this date shall not be reviewed and will not be eligible for consideration for the BBC Studios Writers’ Academy.

8. All entrants will be notified of the outcome of their submission via the details provided on their E-Submissions account. Unfortunately, we shall not be able to give individual feedback on unsuccessful submissions.

9. By applying for the scheme, entrants warrant that they have legal capacity to enter the scheme and agree to be bound by these terms and conditions.

All submissions will be reviewed by a panel of experienced script readers and BBC Studios Writers’ Academy staff, who will assess and discuss the applications against the criteria outlined above.

Once all submissions which have been selected by the panel at Stage One have received a full script read, and story ideas have been reviewed, a longlist of potential successful applicants shall be created.

Unsuccessful applicants will be notified via the Writersroom E-Submission System.

All longlisted writers shall be called to a workshop, essentially a group interview. The workshops will take place in London, on July 2nd, 3rd, 6th, and 7th 2020. Each longlisted writer will attend one of these days.

From the longlist, up to twenty writers will then be shortlisted for Stage Four.

Interviews for the shortlisted writers will take place in London, on July 27th, 28th, 29th 2020. A written exercise may be given in advance.

After the Stage Four interviews, a minimum of 8 writers will be selected to participate in the BBC Studios Writers’ Academy 2020.

Successful applicants will be notified by 31 July 2020 at the latest.

13. In addition to payment of the Fee, an accommodation allowance of £480 per week, and travel expenses will be paid to any Writers based outside of London during the 13 week Initial Training Period. The BBC shall not be responsible for any other expenses incurred unless agreed in writing in advance.

14. After the Initial Training Period, Writers will be given an exclusive series of placements, over a period of 9 months, on EastEnders, Casualty and Holby City, during which Writers will be commissioned to write a broadcast episode for the relevant production, and will also be given a paid story-lining attachment to River City (the “Placement Period”).

15. Writers will be paired with one of the Participating Companies (the “Paired Company”) and after the Initial Training Period, BBC Studios will commission Writers to write a treatment for an original series idea for the Paired Company.

18. BBC Studios reserves the right to disqualify any submission which breaches any of these terms and conditions.

19. BBC Studios reserves the right to disqualify applications that are inconsistent with the BBC Editorial Policy Guidelines or which may bring the BBC into disrepute.

20. If you have any convictions other than spent convictions under the Rehabilitation of Offenders Act 1974 (as amended), unfortunately you shall not be eligible to participate in the BBC Studios Writers’ Academy. Furthermore, you must notify us immediately if there are any criminal charges brought against you after the date of your submission, during the application process and/or (for successful applicants) during the Writers Academy – as we reserve the right to disqualify your application.

21. BBC Studios reserves the right to cancel or alter the scheme at any stage, including members of the interview panel if deemed necessary in its reasonable opinion, and if circumstances arise outside of its control (such as fire, flood, fire, acts of terrorism or acts of good). In this event, a notice will be posted on this website.

22. The BBC will only ever use personal details for the purposes of administering the scheme. Personal details will not be passed to any third party without your prior consent. Please see the BBC’s Privacy Policyfor more information about how your personal data is used and/or stored by the BBC.

23. These Terms and Conditions are governed by the laws of England and Wales.