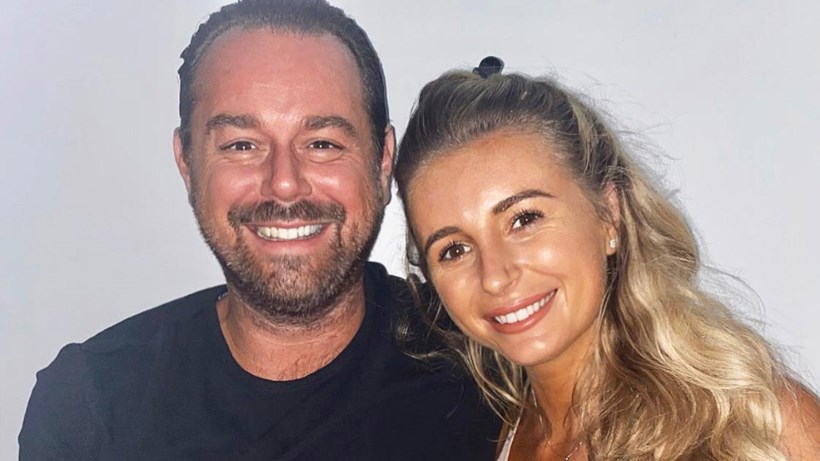 Hosted by father Danny and daughter Dani Dyer, the Spotify Original series will see the inimitable duo unpack dilemmas and issues posed by listeners.
Spotify have announced their latest upcoming podcast, Sorted with the Dyers, a new unscripted Spotify Original podcast from BBC Studios and Pod Almighty. Hosted by father Danny and daughter Dani Dyer, the series will see the duo unpack dilemmas and issues posed by listeners. On social media, Danny and Dani have asked their fans to send them their dilemmas for the show's first few episodes by emailing sorted@dyerspodcast.com.
In a world where everything seems to have changed, some things remain the same: we still need answers to our everyday questions. Listeners will be encouraged to write to Danny and Dani with any questions and concerns that they’re facing in their day-to-day lives, whether it’s help with friends and relationships or tackling tricky situations at home or work.
With the growing need for straight-talking honesty in an increasingly noisy world, the Dyers will join forces to combine their experience and wit for some frank, funny and straight-talking wisdom for listeners. Listeners will be able to join Danny and Dani on the sofa for the 25 episode-strong series, set to launch early October 2020, in which the Dyers will tackle each issue with their trademark combination of dry humour and direct East End charm.
Danny can currently be seen in the long-running BBC Soap Opera EastEnders and hosts BBC primetime gameshow The Wall. His numerous television roles have included All In The Game with Ray Winstone and Danny was also the subject of Who Do You Think You Are where he found out that he is related to King Edward II.
Everyone’s favourite girl next door, Dani, is an actress, author, TV personality and designer who at just 24 years old has already established herself as one of the UK’s brightest young stars. When Dani joined ITV2’s Love Island in 2018 she shot into the public consciousness. After winning over the public with her honesty, charm and humour on the show, Dani and her then partner Jack Fincham went on to win the series with over 80% of the vote.
Spotify Original podcast Sorted with the Dyers featuring hosts Danny and Dani Dyer is available exclusively on Spotify from early October 2020
NOTES TO EDITORS
About BBC Studios
BBC Studios, a global content company with British creativity at its heart, is a commercial subsidiary of the BBC Group. Formed in April 2018 by the merger of BBC Worldwide and BBC Studios, it spans content financing, development, production, sales, branded services and ancillaries. BBC Studios’ award-winning British programmes are internationally recognised across a broad range of genres and specialisms. It has offices in 22 markets globally, including six production bases in the UK and production bases and partnerships in a further nine countries around the world. The company, which makes 2500 hours of content a year, is a champion for British creativity around the world and a committed partner for the UK’s independent sector. BBC Studios has revenue of £1.4bn, and returns around £200m to the BBC Group annually, complementing the BBC’s licence fee and enhancing programmes for UK audiences.